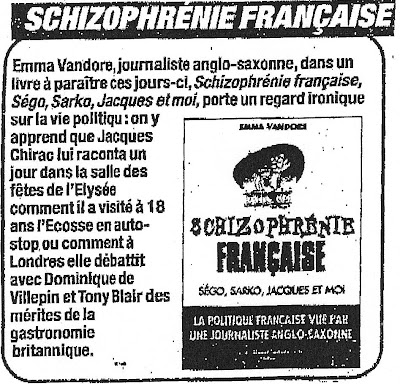 Emma Vandore, an Anglo-Saxon journalist, in a newly published book Schizophrenie Francaise, Sego, Sarko Jacques et moi, has an ironic take on politics: we learn that Jacques Chirac told her one day in the Salle des Fetes of the Elysee how he visited Scotland at 18 as a hitch-hiker, or how in London she debated with Dominique de Villepin and Tony Blair the merits of British food.

Flag Waving and all that…

So proud of our Future of Infrastructure report, launched during lockdown with #bestteamever. I ❤️ the positivity… https://t.co/r14fcHfEjn

Brought a wee tear to my eye https://t.co/gMv4dsmcdM