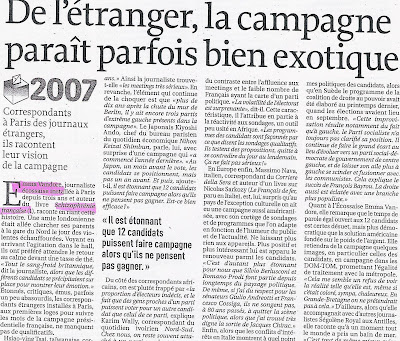 Emma Vandore, a Scottish journalist based in Paris for three years and author of the book French Schizophrenia, laughs as she recounts a story. A friend from London had gone to look for his parents at the Gare du Nord train station the day violent fighting broke out. Seeing the brawling the lobby, they decided to wait for things to settle down over a cup of tea. “This is British sang-froid, says the journalist, in stark contrast to that of the candidates who rushed to the scene to express their emotion.”

So I wrenched myself away from my family (after all this covid time together it did feel like a wrench, but still)… https://t.co/A4p8P6pWoI